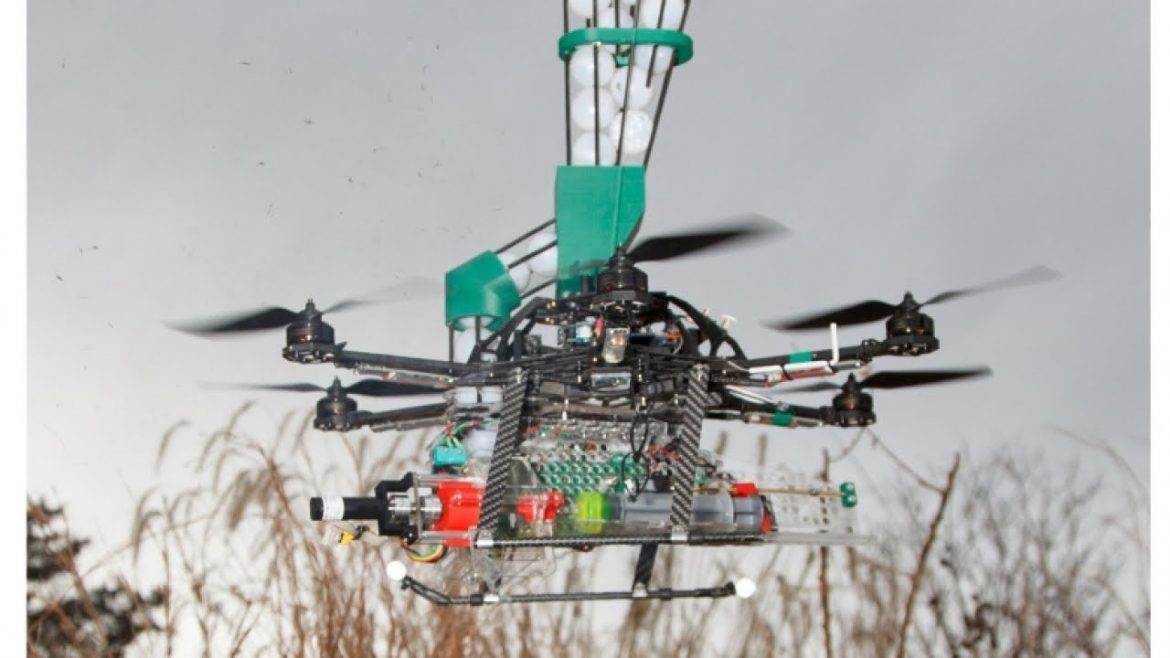 The U.S. Forest Service is exploring Fighting Wildfire with Drones with a new tool that could help wildland firefighters do their jobs: a drone that drops tiny firebombs.

Scientists at the University of Nebraska developed the drones to start controlled burns. The remote drones carry a hopper of what are essentially incendiary paintballs.

“Each ball is rotated and injected with alcohol to start a chemical reaction before being dropped to the ground. Seconds later, the ball ignites,” said a narrator from the University of Nebraska.

The mechanical precision could be useful for firefighters setting prescribed burns in the wild.

The U.S. Geological Survey thinks Fighting Wildfire with Drones could be safer — air accidents have accounted for about a quarter of firefighter deaths in the U.S. since 2000.

But there’s still a lot of red tape in the way before drones can start distributing fire themselves. The U.S. Forest Service still treats them as full-size aircraft, with all the same training and maintenance requirements. And the FAA has strict rules against drones carrying “hazardous materials.” Fireballs would probably qualify.