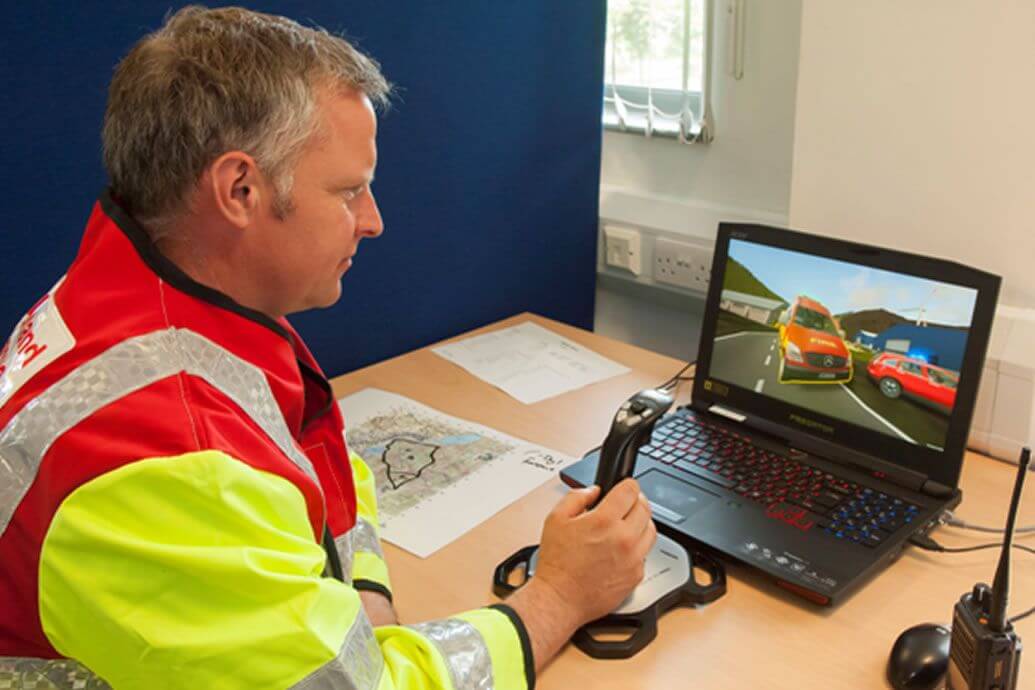 Partners from across Europe have spent the last 18 months developing and testing a mobile incident command training system and package that will improve fire fighters response to wildfires.  The European wildfire simulation training project enters the final phase and will conclude at the end of 2017.  This work is being undertaken as part of the IGNIS Project (Initiative for Global Management of big fires through Simulation) which is a two year project being co-financed through the EU Civil Protection Financial Instrument (Grant Agreement Number: ECHO/SUB/2015/718664/PREP01 IGNIS).

It is coming to an end at a timely point, with many countries in Europe, particularly around the Mediterranean, experiencing a very severe wildfire season during the last few months. This article reviews the work undertaken so far during IGNIS and focuses in particular on three international exercises that have been organised to test the simulator, wildfire scenarios and training framework. The article will conclude with a summary of some future work that will be completed during the final four months of the important project. 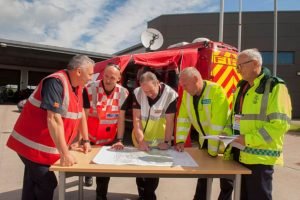 The key aim of the IGNIS Project is to improve the command and coordination of wildfire incidents through the development of simulation training for incident commanders at wildfire incidents. IGNIS brings together the knowledge and experience of four emergency service partners from four different European countries. All of the IGNIS partners currently design and deliver wildfire training and play a leading role within their respective countries with regards to wildfires:

• Northumberland Fire and Rescue Service in the UK (NFRS)

The partners have spent the last 18 months developing and testing a cost-effective, mobile and easily accessible simulation tool that can be used within all of the partner countries and across Europe. The simulation tool consists of a network of computers that run advanced gaming-style software which present officers with a realistic virtual environment that is as close to real life conditions as possible.

An important part of the first 12 months of the project was the development of four large wildfire scenarios which can be used on the simulator. This development work began in January 2016 and continued during a number of meetings and workshops held in 2016. Each partner has taken the lead on developing one of the four scenarios, although the development process has been very collaborative in nature throughout to ensure that all four scenarios follow a standard approach and that they can all be easily adapted for use within any of the four project countries.

The IGNIS training scenarios have been designed to test the ability of Level 3 and 4 commanders (or the equivalent level).  The scenarios are protracted incidents of at least 3 days in duration and are deliberately complex, incorporating a number of challenging elements such as large scale impacts on local communities, infrastructure and the environment. The exercises also incorporate the request and deployment of assistance from at least one other EU nation, in order to test commanders’ ability to deploy and manage transnational assistance.

In November 2016, the IGNIS partners moved away from development into a new phase of the project focused on testing and refining the wildfire scenarios and training framework.

The first part of the testing phase involved partners practising the scenarios within their own countries and identifying difficulties, problems and inconsistencies that needed to be fixed. The software company also tasked a number of professional testers with the role of trying to “break” the system to find any other more deep-seated programming problems.

The second key part of the testing phase involved the organisation of three international exercises held in three different countries. The national exercises were held in Portugal, Italy and the UK and it was decided that the host partner would test their scenario during their exercise. The fourth scenario, developed by partners in France (involving ENTENTE and a small number of Fire and Rescue Services from the South of France), was split into small parts which were each tested during the other international exercises. The scenario developed by the French partners involves a fire burning along an international border, spreading from one country into another. The incident requires commanders on both sides of the border to command their own resources and to work together to successfully suppress the fire. The role of a liaison officer, an individual tasked with liaison with commanders from another country, has been introduced and tested during this scenario.

International exercises in Portugal and Italy

The first national exercise was hosted by Escola Nacional de Bombeiros in Sintra, Portugal in November 2017. The exercise involved incident commanders and Civil Protection Officers from across the whole of Portugal and incorporated cross-border assistance in the form of aircraft from a neighbouring country.  The exercise was extremely successful and was well publicised within the national news in Portugal. Feedback gathered from this exercise was fed into the design of the next exercise. 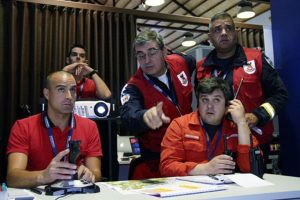 The second IGNIS exercise was hosted by Corpo Nazionale dei Vigili del Fuoco in Rome, Italy in May 2017. The exercise involved fire officers from across the four corners of Italy and incorporated cross-border ground assistance from Austria and Slovenia, both of which sent representatives to directly participate in the exercise. The scenario was based on a real-life wildfire that occurred a few years previously in the border area between Italy, Austria and Slovenia. Again, the exercise in Rome was very successful with some excellent constructive feedback being submitted by the Italian participants. This feedback, combined with feedback from the Portugal exercise, was used to further improve the design and delivery of the final exercise. 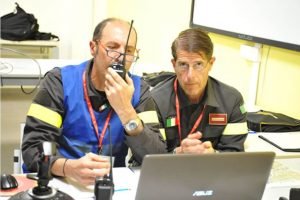 As for the previous international exercises, wildfire stakeholders from around the UK were invited to attend a dissemination event held during the UK exercise. This event provided the opportunity for stakeholders from different sectors to learn about IGNIS, observe the exercise taking place and to network with the IGNIS partners and advisory board members. 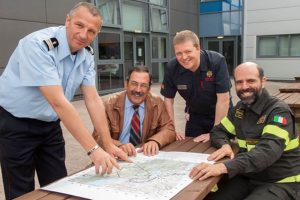 IGNIS Project Leads from France, Italy, Portugal and UK during the UK exercise

The UK exercise was also held in conjunction with the Fire Times Magazine Equipment Roadshow on Thursday 15th June 2017. Both events were held at Northumberland Fire and Rescue Services’ HQ and delegates from around the UK commented that the co-hosting of the two events at the same time was very beneficial.

The UK exercise and dissemination event were concluded with a comprehensive debrief meeting involving all of the partner organisations, members of the IGNIS Project Advisory Board and the software provider. The project team analysed all key elements of the exercise from planning to logistics, exercise management to software performance. The meeting was extremely positive and productive and the team identified some key recommendations for future exercises that will be incorporated into a final exercise report to be published later in 2017.

The organisation of successive national exercises has enabled the IGNIS partners to raise the profile of the project and to progressively improve the exercises and tools. Feedback gathered from the participants of each exercise has been fed directly into the design and delivery of subsequent exercises.

The involvement of real-life incident commanders in the exercises from outside the project team has also been a key contribution to the project’s quality assurance process. The other key element of the QA process has been the formal assessment of the national exercises by the IGNIS Project Advisory Board, an independent panel of experts from Belgium, Croatia, Denmark, France, Spain and the UK. The IGNIS partners believe that the end result is four large wildfire scenarios that are suitable for training commanders in how to deal with and respond to different situations and challenges.

While the final conference will provide an opportunity to showcase the work completed during the IGNIS project, the partners are keen to use it as a springboard for the future. More specifically, the IGNIS partners plan to use the final conference as a platform to facilitate discussion and debate regarding the future development of simulation training for wildfires and other types of emergency incidents.