Ethanol Tank Firefighting to be Presented at a Workshop 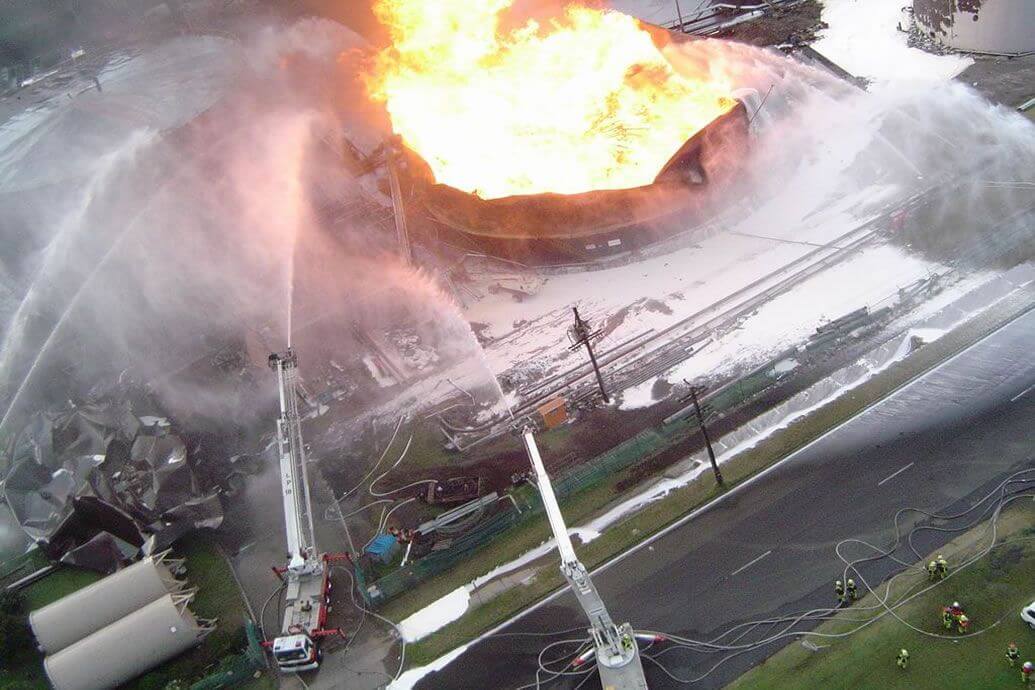 Ethanol Tank Firefighting to be presented at a workshop held in France.

In many countries, the use of ethanol has increased significantly as a means to fulfil climate goals by replacing fossil fuels with renewable fuels, but the use of ethanol fuels will create new risks and challenges from a fire protection point of view.

In general, oil companies and fire brigades have extensive experience of fire fighting in petroleum based products. However, there is a significant lack of experience concerning fire fighting of water miscible fuels, such as ethanol, especially regarding tank fire scenarios. At the initiative of SP Fire Technology and the Swedish Petroleum Institute (SPI), a proposal for a research project on ethanol tank fire fighting has been developed – ETANKFIRE Ethanol Tank Fire Fighting. The goal of the project is to develop and validate a methodology for fire fighting of tank fires containing ethanol fuels. The intention is to invite stakeholders to participate in the project. As a first step, a workshop will be held in France where the background and project plans will be presented and discussed in more detail.

Ethanol tank fire in Port Kembla (Australia) 2004.The tank was about 32 m in diameter and contained about 4000 m3 ethanol. Extinguishing attempts were started after 30 minutes using AFFF-AR foam but extinguishment was not possible to obtain until about 20 h when the ethanol was diluted to about 10%. (Photo: NSW Fire Brigades)(behöver klartecken frn NSW)
Image: Ethanol Tank Firefighting

Today, ethanol is used both for low blending in gasoline and for flexi fuel cars running on E85. In Europe, 5% of ethanol has been used in gasoline for a number of years; but from 2011, the acceptable proportion of ethanol in low blended fuels will increase to 10%. In the US, 10% ethanol is already used in gasoline and there are ongoing discussions concerning increasing this figure to 15%. The obvious consequence of increasing the volume of low blended ethanol is that the volumes of bulk ethanol transported, handled and stored will increase dramatically in coming years. However, experience of tank fire fighting involving ethanol or other water miscible fuels, is very limited and those few tank fires that have occurred have resulted in burn out rather than extinguishment.

Similarly, existing test standards for alcohol resistant foam concentrates (ISO 7203-3, EN 1568-4, UL162, etc) all employ thin fuel layers and short pre-burn times, i.e. represent spill fires. Even spill fires pose serious fire fighting issues and the general conclusion from the various large scale tests and standard test methods, is that the use of alcohol resistant (AR) foams is a fundamental requirement to obtain extinguishment of water miscible fuels. However, the tests have also shown that even AR foams will fail unless gentle foam application onto the burning fuel surface can be achieved.

As tank fires are usually extinguished using large capacity foam monitors1, gentle application is not possible and therefore extinguishment cannot be expected. Further, a tank fire will present a more severe situation compared to a spill fire due to the large fuel depth and consequently, the dilution effect from the fire fighting foam will be limited. In most situations, the pre-burn time will also be longer than that expected in a spill fire, thereby increasing the temperature of the fuel and creating hot steel surfaces making extinguishment even more difficult.

A very important and related issue is that the burning behavior of a large scale ethanol fire might be significantly different from that of a petroleum fire. Fire tests in a 200 m2 pool fire indicate that the heat flux from the acetone/ethanol fire is approximately twice that of gasoline. The same observation was made during the Port Kembla tank fire2. This indicates that the radiation from a fire in ethanol fuels might be significantly higher compared to that generated by gasoline, which will increase the risk of escalation of a fire incident even further. Clearly, relevant experimental data is needed to validate computer models, thereby improving our ability to make reliable risk assessments in tank storage facilities. 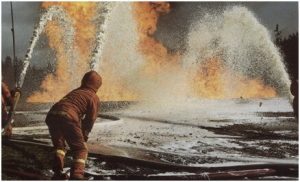 Photo from one of the extinguishing tests on a 200 m2 acetone/ethanol fire (ref 4) where the foam is bounced on the ground in front of the fire to obtain a gentle foam application.(Photo Birger Markusson SRV)
Image: Ethanol Tank Firefighting

The goal of the proposed ETANKFIRE research project is to develop and validate a methodology for fire fighting of tank fires containing ethanol fuels. In order to achieve this goal, it will be important to provide an understanding of the differences between conventional fire fighting of spill fires versus tank fire situations containing water miscible products. The main differences that are foreseen from a fire and fire fighting perspective are:

In order to optimize the test design in the project, the intention is to start with test series on a laboratory scale to investigate the relative influence of the three factors mentioned above. Based on the results of laboratory tests, the most promising extinguishing methods/media will then be selected for further evaluation and verification in a larger scale or scales. Questions regarding the burning behavior and heat radiation from ethanol fuels will also be investigated in large scale. 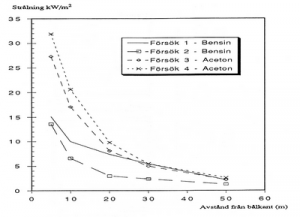 In order to present the project plans more in detail and discuss the project plan with various stakeholders, two workshops are planned. The first will take place on June 28, 2011 Sunbury, UK. The second workshop is planned in US but the date and location are yet to be determined. Representatives from various organizations, companies, authorities, etc. having an interest in the project will be given the opportunity to obtain more detailed information concerning the plans thus far and to influence the planning process as we progress.

An ETANKFIRE presentation will be at the LASTFIRE meeting 20 April 2011 Deauville, France.

An initial Steering Committee will be formed by those willing to participate in the funding of the ETANKFIRE project in order to take part in the final detailed planning, including the choice of venue for the large scale tests.

The program for the work shop and further information will be announced at https://www.sp.se/en/Sidor/default.aspx, where it will also be possible to register on-line. Attendance of the workshop will be free of charge but signifies a real and pressing interest in ethanol tank fires, including a potential interest in sitting on the Steering Committee for the project.