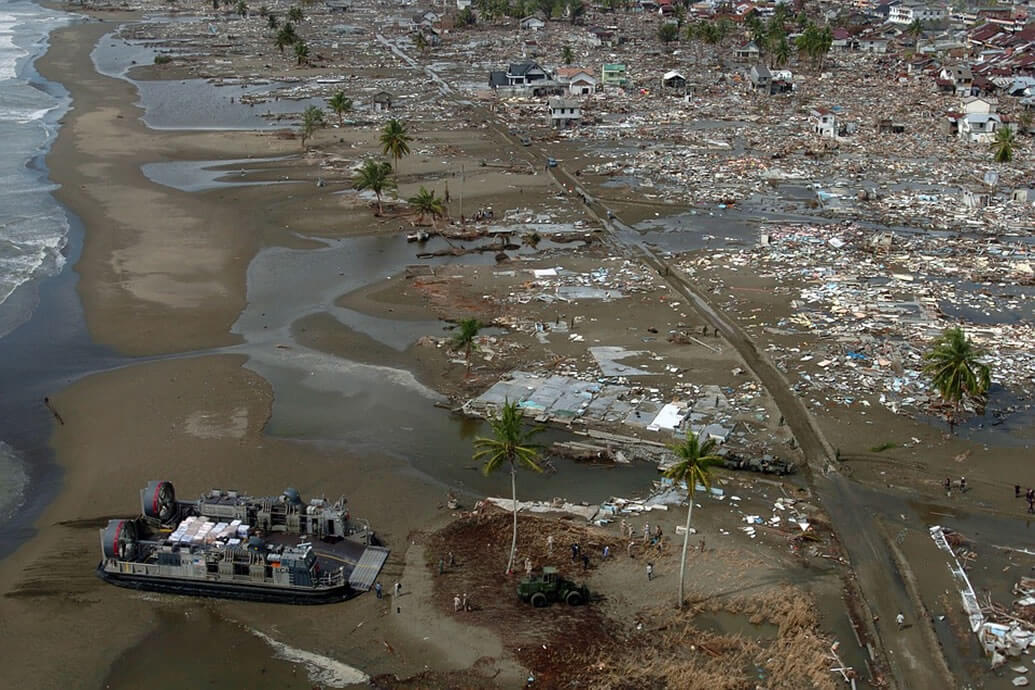 Developing countries face unique challenges in terms of disaster preparedness because many are located in disaster prone regions of the world, and because of the sparser population distribution compared to industrialised nations. Numerous national and local initiatives with the support of the international community try to modernise the approach to Disaster Vulnerability in Developing Nations, although challenges persist and progress can be slow. These journal articles shed light on the specific challenges faced in three different countries in both urban centres and rural areas, so that lessons can be learned from the past and the world’s most vulnerable might not have to suffer the most in the future from disasters such as earthquakes.

Transportation network vulnerability analysis for the case of a catastrophic earthquake

The aim of this paper is to propose a post-disaster vulnerability analysis for the designed emergency transportation networks in Tehran, an earthquake-prone metropolis in a developing country. The situation of Tehran is somewhat disheartening as it has developed haphazardly with little attention to construction and building codes, which leaves structures, transportation routes, and residents vulnerable. This paper attempts to demonstrate the challenges of trying to develop transportation vulnerability analysis in a developing country, especially one as a major population center in a geographic area prone to earthquakes. After a catastrophic earthquake in a developing country, the conventional network analysis methods may not be employed because first, the post disaster travel demand can be fundamentally altered from the usual daily travel demand and, perhaps, the forecast of the trip demand in the highly uncertain condition seems impossible. Second, the behavior of passengers may not be rational. In line with this idea, a comprehensive study on urban seismic disaster prevention and management for the greater Tehran is held in this paper. This paper proposes an approach to evaluate post-earthquake response and recovery routes by identifying redundancy-based isolation measures to find out which zones in this city are most susceptible to disruptions of the transport system due to a devastating earthquake, and which emergency response trips are most vulnerable in the super-chaotic situation after the earthquake. Click here to read the full article.

Multi-scale seismic hazard and risk in the China mainland with implication for the preparedness, mitigation, and management of earthquake disasters: An overview

Earthquake hazard and risk in the China mainland exhibit multi-scale characteristics. Facing the complex challenge, several research and application projects have been undertaken since recent years. Lessons and experiences of the 2008 Wenchuan earthquake contributed much to the launching and conducting of these projects. Understandings of the scientific problems and technical approaches taken in the mainstream studies in the China mainland have no significant difference from those in the international scientific communities, albeit using of some of the terminologies has distinct ‘cultural differences’. Several scientific products have been produced serving the society. These scientific products have unique academic merits due to the long-term persistence feature and the forward forecast nature, which are essential for the evaluation of the related technical performance and the falsification of the scientific ideas. Coping with the multi-scale challenge needs the hierarchical actors’ network making science and technology transform to the actions of the public for the preparedness, mitigation, and management of earthquake disasters, which is still in need of careful design and construction. Click here to read the full article.

Disaster Vulnerability in Developing Nations remain one of the main challenges facing nations of the developing world, as they not only cause high mortality and suffering, but also damage local economies that are in process of formation and thwart development achievements. The Hyogo Framework for Action emphasized the significance of making disaster risk reduction a national and a local priority with a strong institutional basis for implementation. However, local governments may not have the capacity yet to address this need.

Therefore, this inquiry investigates the current status of disaster risk reduction in a local Jordanian municipality to understand the current limitations facing this approach. Such an investigation will help in understanding the challenges facing local governments in non-capital cities of the region. The study provides several recommendations for initiating disaster risk reduction on the local level, stressing that the political culture and governance style in the region creates many obstacles. Further, the limited capability of local governments, the serious social and economic problems, and misleading natural disaster cognition create handicaps should the approach be implemented. The legal opaqueness in identification of jurisdictions and responsibilities compounded by the status quo of high dependency on the central government, in addition to fixation on a para-military approach to disaster management calls for reassessment of disaster management policies and related laws in Jordan. Click here to read the full article.

Courtesy of the International Journal of Disaster Risk Reduction