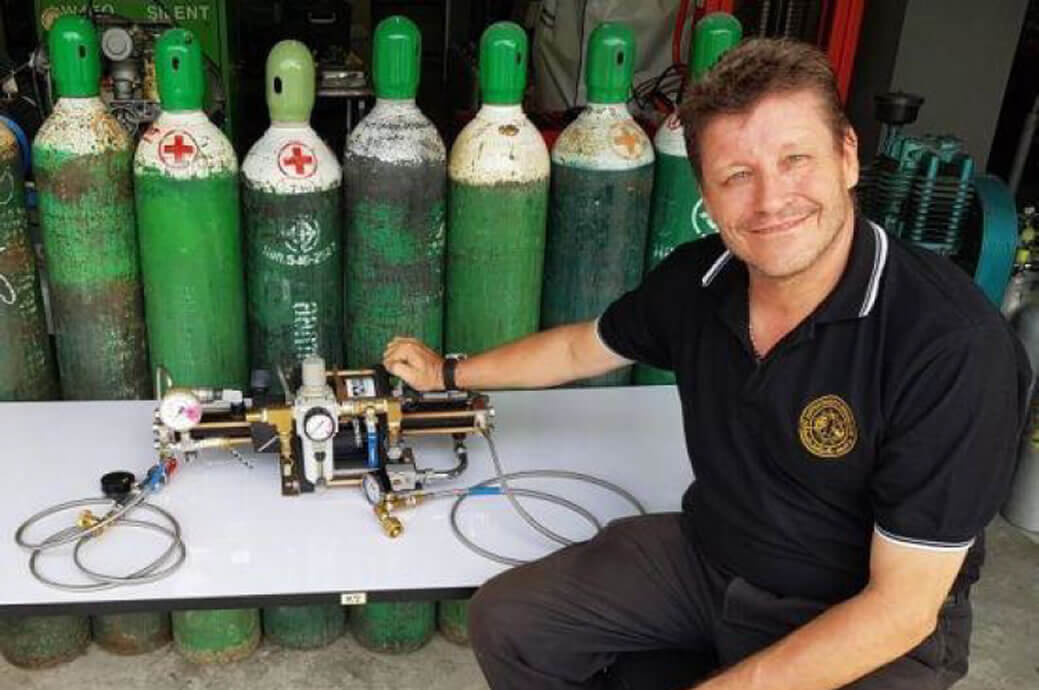 In January of 2017 American Airworks refurbished a 1980 Haskel oxygen gas booster pump and exported it to EasyTek Engineering, a diving services company located in Thailand. When news of the soccer team’s entrapment reached Easytek’s owner, Stephen Burton, he offered his Haskel oxygen pump to the rescue effort. After two other oxygen pumps failed on the scene, his booster pump was thrust into the team’s rescue efforts. His pump worked continuously for 72 hours during the final three days of the rescue efforts which resulted in saving the remaining lives of the trapped soccer team members.

An oxygen booster pump was integral to the cave divers’ mission as cave divers needed their rebreather cylinders refilled to 3500 PSI (241 BAR) with 100% oxygen. Rebreathers, instead of standard scuba equipment, were used by the cave divers because of the extended underwater time afforded by them. Scuba tanks may last on average an hour but rebreathers can last for several hours. 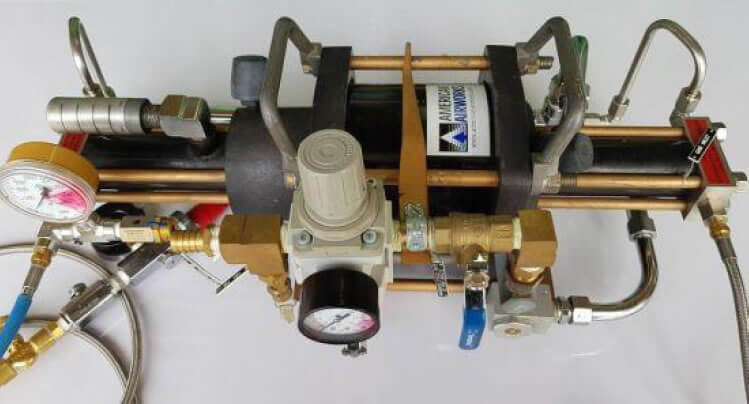 Another air supply innovation by EasyTek helped resolved a major problem at the scene. The pneumatic powered Haskel pump required up to 150 PSI and 25-50 SCFM of air to operate properly. There was no large high flow air compressor on site to provide the air needed. Easytek staff assembled a high pressure manifold consisting of scuba tank valve adapters and high pressure hoses which were connected to several scuba tanks at a time. Air from some of the approximately 700 scuba air tanks on site was then available to power the Haskel oxygen booster over the final three critical days. Time truly was of the essence in the rescue as the cave flooded within an hour after the last victim was removed. Rescue team members were scrambling to retrieve the staged diving equipment but they had to abandon it inside the cave with no hope of retrieving it until after the three to four month rainy season.

Airworks was made aware of their indirect involvement by an email from Easytek’s president. He detailed events taking place in the rescue and praised the Airworks’ service staff for the quality work on the rebuild of the 38 year old oxygen pump. Also pictured here and it continues to work as designed today.

As a small 39 year old company in West Virginia, we are humbled and honored to have had an unexpected role in the positive outcome in the international effort to rescue the 13 soccer team members. This event held the world’s hearts and attention daily and encompassed approximately 10,000 volunteers, military from several nations including America, and caused 100 or so professional divers to put their lives at risk in the monumental rescue effort. We were sad to hear of the loss of the Thai Navy Seal diver, Saman Kunan, as we monitored the day to day rescue efforts.