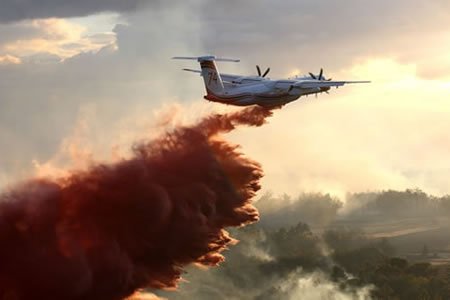 Clearly recognised as the world’s leading muster of aerial firefighting experts AERIAL FIREFIGHTING NORTH AMERICA 2023 is returning to the USA for the 8th time as a bi-annual event.

In consultation with CALFIRE, the organisers are including a conference session to present aerial firefighters with the opportunity to debate and present on State aerial firefighting issues and to impart their experiences to the wider international audiences from more than 30 countries.

The itinerary will also include a wider continental and global vein with extra time put aside for tours of the aircraft static display and to view the aerial demonstrations of civil and military fixed and rotary-winged aircraft.

The INTERNATIONAL AERIAL FIREFIGHTING AWARD (IAFA) is presented annually to recognise a significant contribution by an individual or organisation to international aerial firefighting.

The International Aerial Firefighting Award is named in honour of the the late Walt Darran who was a pioneer and leader in advanced aerial firefighting. We was a highly experienced S2-T airtanker pilot and former highly-decorated US Navy aviator from California, USA, he was a constant and passionate advocate for safety and improvement in the international aerial firefighting community. The IAFA was first awarded in 2014 in his honour at the Aerial Firefighting Conference in Sacramento, CA, USA.