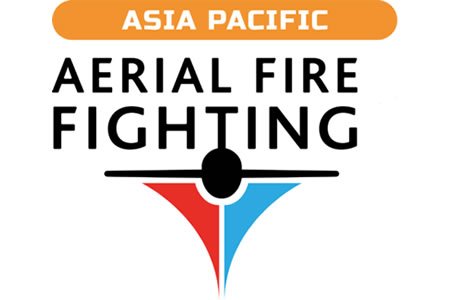 The 50th anniversary of the earliest recorded firebombing operation in Australia took place in 2017, and in cooperation with New South Wales Rural Fire Service, Tangent Link’s Aerial Firefighting Asia Pacific is returning to Australia to provide the region with thought-provoking operational and technological developments.

In the Australian context, nearly 130 nationally contracted aerial firefighting fleet – including four next-generation large fixed wing air tankers operating in multiple jurisdictions – are activated on approximately 5000 occasions every season for both firebombing operations and other fire and emergency support operations, delivering more than 70 million litres of fire retardant and suppressant across Australia.

In the wider Asia Pacific setting an increasing emphasis is for aircraft to be deployed trans-nationally for firefighting and a detachment usually includes a VLAT Air Tanker for firebombing and a Supervision Aircraft for fire detection, reconnaissance, command and control missions. ASEAN governments are now realising the cost benefits of aerial firefighting with air tankers to supplement their current helicopter capabilities and are increasingly budgeting to develop their own air tanker capability.

Aerial Firefighting Asia Pacific will highlight the wider global aerial firefighting agenda and look at how to establish a lessons-learned programme and suggest ways to improve methodologies.

The severe wildfire season of 2016/17 concluded the growing threat to suburban dwellings by bushfires. In consequence, the Australian Government continues to invest nearly $15 million each year through the National Aerial Firefighting Centre (NAFC) to respond to these disasters.

The growing wildfire challenges facing both Australia and New Zealand highlight the importance of a swift and effective aerial response. The national fleet consists of 127 specialised aircraft deployed across Australia, ensuring aerial firefighting resources can be shared between States and Territories during the wildfire season.

In this context, Aerial Firefighting Asia Pacific 2018 addresses the issues specific to the Antipodes and highlights some that affect much of the wider global aerial firefighting agenda.

With a mature and experienced aerial firefighting capability in play, Australia’s challenges are evolving constantly. The Aerial Firefighting Asia Pacific 2018 conference will address their needs of the day with particular emphasis on those evolving management, operational and technological requirements to help them to adapt and being more agile to their challenge.

With scope in the future for international governments to share more resources – and even contract aircraft jointly for 12 months of the year – there is a groundswell of discussion on international aerial firefighters following the global fire seasons. Discussions will also debate the value of embedding pilots and crew into foreign agencies to report on and improve their national system

Lively debate will also emerge surrounding how to establish a lessons-learned programme and suggest ways to improve methodologies. Night vision technologies and autonomous aircraft are also the stalwart topics gaining traction in the Asia Pacific to assist fighting bushfires.